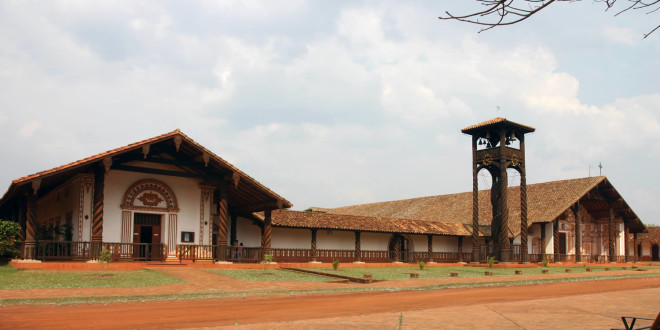 What Are These Missions Now?

Perhaps the most egregious error is the misunderstanding, actively promoted by the Bolivian government and many tourism agencies1, that these former missions, all of which have been fully secularised since the early nineteenth century, are lineal descendants in every way from their missionary antecedents.

The truth is less agreeable. Almost none of the people living in them today are not descendants of the indigenous peoples who settled in the reducciones but rather of the cruceños who migrated to these towns after the expulsion of the Jesuits in 1767. The original inhabitants either returned to the forest after the Extrañamiento or were driven away by arriving settlers from the provincial capital Santa Cruz de la Sierra. By 1855, under the onslaught of massive immigration of white families from the city, the final vestiges of the reducción administrative system had vanished throughout the Chiquitania,F2F and with them, the remnants of these towns’ former inhabitants. Most indigenous groups reside today, greatly marginalised and largely forgotten, in semi-autonomous hamlets throughout the Chiquitania known as comunidades.F3 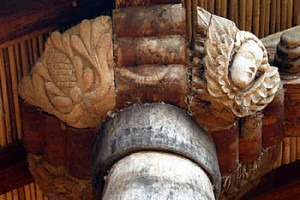 One can take this second misunderstanding further, especially when considering the cultural legacy of the Chiquitos missions. The misassumption of unbroken continuity is nowhere more evident than in efforts made to portray their churches as the original buildings erected centuries ago, which is disingenuous at best and patently false at worst. For all of the six original Jesuit churches that still exist (in one form or another), only small parts remain, and several of these have been heavily restored. Magnificent as the restored churches are, only one – that of Santa Ana de Velasco – can be termed original in the sense that the exoskeleton is the original, probably erected sometime between 1773 and 1780.4

Putting aside the aforementioned issues of architectural integrity, as Kühne’s research has proven beyond any doubt, there is also the matter that almost all of the art and furnishings of these templos are of a later period.F5F They were handed over to the secular clergy of the Diocese of Santa Cruz de la Sierra in 1767, and in 1931 to Franciscan missionaries. Both groups, as well as the townspeople living in these settlements, made many additions and subtractions (not always in harmony with the church’s aesthetics), and renovated or replaced the majority of works in some of these churches, leaving little of the original Jesuit buildings and appurtenances intact.

The restoration efforts of the late Hans Roth, et al. between 1972 and 1999, the continuation of which under Planes Misiones is now largely on hold, were Herculean and meticulous,6 and also led to further changes being made. Roth strove valiantly to establish aesthetic and architectural fidelity to the Jesuit originals, but the result in many cases is interpretative. In some (e.g., San Rafael de Velasco), the façades and exterior in general are nearly identical to what one would have seen in the Jesuit era; in others (e.g., Concepción) this is decidedly not so. We are left not with a true 17th or 18th Century Jesuit mission church, but an educated guess.F7 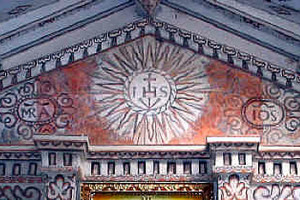 Turning again to other challenges that beset accurate historical research on the Jesuit missions of Chiquitos, glaring lacunas and guesswork in the history of these settlements also can be cited. Even as regards the well-documented correspondence of Jesuit missionaries, almost no research has been dedicated to the interaction between the Jesuits in Chiquitos and their brethren in Moxos and Guarayos.8 Communication between the Jesuits in Chiquitos and those in Paraguay, commonly assumed to be voluminous, was not. Looking for a strong cultural or economic link between the missions in Chiquitos and those in Paraguay, although a logical supposition, is a dead end that many historians have spent much time and ink exploring.9

And as noted above, for all the wishful thinking for a united front ensured by a connecting road between the missions of Chiquitos and those of Paraguay, it never occurred. There is no documentation to support such a conclusion, but uncritical research has led some to posit the opposite. Researchers who assume this had to have been the case are again led down a blind alley.

Scholars must be careful when drawing conclusions based upon material handed down and guessed at from previous researchers, and even more so when making inferences for which no primary documentation exists. As more primary source evidence comes to light, inaccuracies will be corrected and unsubstantiated claims will fall by the wayside. Until then, historical research on these missions remains a fragmented endeavour, and when utilising secondary resources, very much a matter of checking multiple sources that may contradict each other.10

4 The templo of Santa Ana de Chiquitos was constructed after the expulsion of the Jesuits, although very much in conformity with the missionaries’ architectural vision. We do not know who constructed it (it was a collaboration between the town’s inhabitants, not supervised by the Diocese of Santa Cruz de la Sierra) or in what year, although it must have been between 1770 and 1790. See Oscar Tonelli, Santa Ana: La Cenicienta Chiquitana: Historia, Arqueologia, Leyendas y Restauraciones (Santa Cruz: Editorial El País, 2006), pp. 54-5.

6 The restoration of the Jesuit missions of Chiquitos, carried out in the face of astonishing odds, were Roth’s life work and masterpiece. See Monseñor Antonio Eduardo Bösl, Una Joya en la selva boliviana, 2nd ed. (Zarautz, Spain: Itxaropena, 1987) for a detailed account of Roth’s work on the templo of Concepción in particular.

7 Querejazu, op. cit., pp. 463-8. A number of historians specialising in mission art (e.g., Gauvin A. Bailey, Sabine MacCormack) have noted that the art of these missions is now more polyglot than “Mestizo Baroque” (a term often used to identify Jesuit mission art of the colonial era in Latin America) even after restorations by Roth and others.

9 See Richard W. Gott, Land without Evil: Utopian Journeys across the South American Watershed (Avon, UK: Bath Press, 1993), a premise of which is that every attempted linkage between the two regions failed. This is not true in the strictest sense as Ñuflo de Chávez and others made the journey before the arrival of the Jesuits, but his point is that the missions of Chiquitos and those of Paraguay never established lasting direct contact between themselves.

10 See note 8 above for an abbreviated list of major primary sources, and note 9 for secondary ones that draw entirely or mostly upon primary sources. 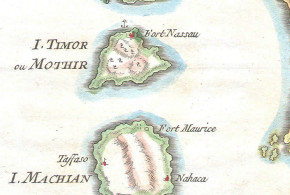 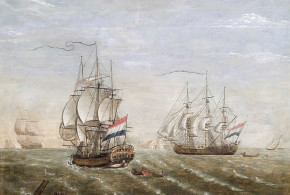 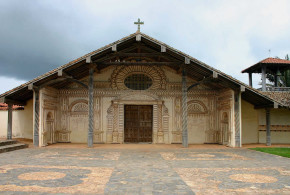 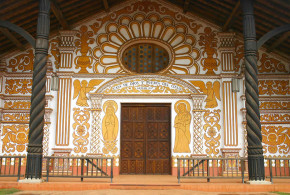 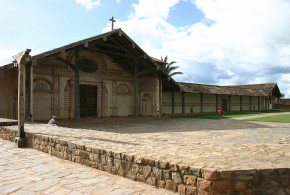