A detailed description of about 40 European forts and castles from Arguin (Mauritania) to Whydah or Ouidah (Benin). Many illustrations and maps of the forts. Chronological history of the forts. The place of the fortsystem in history; the setting of times; organization and personnel; life at the forts; relations between fort and town; types of building; materials and structure; early draughtsmen; Elmina castle: the Portuguese and later Dutch headquarters; other headquarters: Cape Coast Castle, Christiansborg, Princestown; early forts: Axim, Mouri, Cormantin, Gambia, Butre, Shama; forts about 1700: Akwida, Commenda, Dixcove, Apam, Sekondi, Beraku; forts of the late eighteenth century: Anomabu, Beyin, Keta.

The Portuguese period, Dutch penetration and the expulsion of the Portuguese, English Swedish and Danish penetration, growth of the English trade, the Brandenburg Company, the 18th. century, the 19th century.

The book seeks to add to both German and colonial history, detailing the effects of colonization on both the rulers and the ruled. The nine essays cover topics from anthropology and decision making in the German colonies to slave labor in German Togo, the superstructure of the colonial state in German Melanesia, and the position of the indigenous populations in German Africa. A final chapter provides a historical perspective on German imperialism. A selected bibliography and an index complete the work. 1) Marginal Colonialism: The German Case by Lewis H. Gann; 2) The German Colonial Society by Richard V. Pierard; 3) Anthropology and German Colonialism by Woodruff D. Smith; 4) Enemies of the Colonial Idea by Helmuth Stoecker and Peter Sebald; 5) Slave Labor and Wage Labor in German Togo, 1885-1914 by Donna J.E.Maier; 6) The Neglected Empire: The Superstructure of the Colonial State in German Melanesia by Peter Hempenstall; 7) The Position of Africans in the German Colonies by Helmuth Stoecker; 8) Decision-Making for the German Colonies by Arthur J. Knoll; 9) German Imperialism in Historical Perspective by Winfried Baumgart; Selected Bibliography.

The historical background; The annexations; The conquest of colonies: the establishment and extension of German colonial rule; Economic expansion and political aims in South Africa 1884-1898; Semi-colonial expansion into Morocco 1871-1898; Colonial rule after the defeat of the uprisings; The German Empire in Africa before 1914: general questions; Pre-1914 efforts to secure a larger share; The first world war; The colonial aims of the Weimar Republic; The colonial aims and preparations of the Hitler regime 1933-1939; The second world war.

Examines the development of German policy towards the Transvaal and southern Africa in the 1890s, investigating the roots of German policy and its consequent rivalries and tensions. Shows that Germany pursued an expansionist policy in active opposition to British policy of the time, and demonstrates the importance of southern Africa to German imperialism and the role it played in widening German imperial ambitions before 1914.

A survey about the era of German colonialization in China: German interests and presence in China prior to the territorial occupation, the situation of the Chinese society in the second half of the 19th century, the occupation of the Bay of Kiaochow, and the construction of the colonial town of Tsingtao. The daily life of Germans and Chinese in Tsingtao, the development of the hinterland by German railroad and mining companies and the conflicts which gradually arose. The Boxer Rebellion and its suppression. The aftermath of this mutual but unequal epoch and the ways of dealing with the past.

British and German ambitions have clashed in the Pacific at many times in the last two centuries. This is a study of those episodes, and their effects on the European powers and the Pacific Islanders involved. It throws light on the activities of missionaries in Micronesia, head-hunters in New Guinea, Law-makers in Tonga and the influence of the British and Germans in the region. The book considers: European perceptions of Pacific islanders and vice versa; the ecological effect of European intervention, both on the environment and its inhabitants; the efforts to impose a European rule of law in the South Pacific; the area of sexuality as a specific form of Pacific-European interaction where cultural differences between European and traditional behaviour was at its most marked.

Account of the capture of German New Guinea during WW1. This was Australia’s 1st military action in WW1.

A Study in the Meaning of Colonial Resistance. This is an important book. It captures under one cover, the German approach to her Pacific colonies and the Islander’s response to the Germans. It is the first detailed study of Samoans, Ponapeans and New Guineans under German rule. It is thoroughly researched, well documented, written in a readable, yet thorougly scholarly style.

– Emerson, Terence B. “A brief history of Rota: the German period” Internet article.

The author is a permanent research fellow at the German Historical Institute in London, in this work he looks at how the Pacific Islanders coped with the dramatic changes brought about by the war and how they tried to influence the consequences, detailing the policies pursued by Australia, New Zealand and Japan, showing how each viewed and treated the indigenous population, includes: New Guinea, Western Samoa and Micronesia.

The Capture and Administration of the German Possessions in the Southern Pacific.

With contributions of scholars from around the world, includes native policy in the colonies, historical anthropology and a valuable guide to archives dealing with Germany in the Pacific and Far East, for the first time researchers have had access to German Colonial Office records.

– Staniforth, Smith “Germany in the Pacific and an account of British New Guinea and the Solomon Islands” 16pp. F. Cunninghame & Co. 1905, Sydney, Australia.

– Volker, Craig A. “The rise and decline of Rabaul Creole German, Language and Linguistics in Melanesia” ? In: Proceedings of the First International Conference on Oceanic Linguistics, Pacific Linguistics, Canberra, Australia. 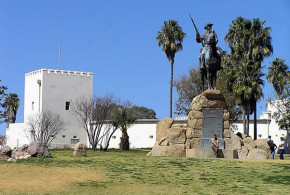